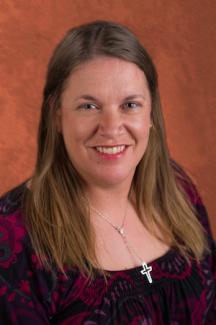 Phaedra has been in Human Resources over 19 years. She completed her Master's program in 1999 with an interdisciplinary MEd with Business and Psychology concentrations.

She joined Florida State University in September 2001 as Employment Manager. She left to pursue an opportunity at Columbus State University and returned to FSU in March 2004. She joined the Human Resources team at the Office of Faculty Development and Advancement as HR Specialist and led the successful management of faculty compensation events in the implementation of PeopleSoft (OMNI HR). Due to her success in this role, she was promoted to ERP Analyst working with an Human Resources Information Systems (HRIS) team from HR. Under her management, HRIS played a crucial role in the successful upgrade of OMNI HR in April 2006. As a result of her positive impact and direct leadership, she assumed the role of Associate Director, Human Resources, in September 2006. She was promoted to Director, Human Resources, in September of 2011. She oversees the Benefits, Employee Data Management, Time & Labor, and HRIT functional areas in the Office of Human Resources as well as the HR liaison with the ERP and ITS areas.